When John Lennon wrote, ‘All you need is Love’ it is doubtful that he had parents attending school sport in mind.

And yet, Lennon’s message appears to as well suited to the children’s sporting environments as any other. Why do adults often behave poorly at kids sporting events?

For starters it is clear that parents at sporting events are getting a lot right just by being present. This matters a lot more than many parents seem to appreciate. Both my parents were regular fixtures at all my most memorable sporting achievements as well as the less successful times of my life in sport. It is only as I’ve gotten older that I’ve come to appreciate just how impactful their support was.

Perhaps this is because I knew there were at least two people in the crowd who would never define me by what happened on the field of play. This freed me to take risks on the field and make the kinds of elementary mistakes that are vital to growth as an athlete and as a person. If you’re a parent of a child who plays sport, turn up, it really does matter.

We know that parents pitch up to support their kids because they love them. So why do things often turn nasty from such a positive start?

I think the answer lies at the juncture of misguided values and insecurity. It seems that many parents either conflate success on the sporting field with moral virtue, or they believe sporting success trumps moral fortitude.

The truth is it’s just as easy to play poorly and walk off the field with one’s head held high as it is to excel in sport but fail to display qualities that really matter.

Secondly, it appears that many parents attempt to purge their own insecurities by living vicariously through their children’s sporting accomplishments. This is tragic on two fronts. Firstly because it papers over the cracks and negates the need for parents to confront their own issues. And secondly because it places extreme pressure on children to be responsible for their parents happiness.

It goes without saying that neither of these outcomes is desirable. So what’s the solution?

To begin with parents, teachers and coachers need to be aligned on what matters. Which is to say we need a convergence of values. We want the elders that teach and support sport to focus on the merits of participation that transcend mere outcomes.

Hard work, fair play, loyalty and friendship are the scoreboards that actually matter. Focusing on these ideals equips children with skills and values that they can carry with them long after they have hung up their boots.

For parents that are passionate about their children’s success in sport a little self reflection goes a long way. Why do we really want our children to play and succeed in sport? Is it about them or us?

It's also immensely valuable to widen our focus of care and attention. This means that as coaches and supporters we must actively consider the wellbeing of all the children who participate in sport - including those who find themselves competing against our children. For the truth is that if Lennon’s claim that ‘all you need is love’ is to make any sense at all it must be applied liberally. To children on both sides of the field, and perhaps most importantly for parents struggling with insecurities, love must be applied to themselves.

From this perspective sport can be placed into a healthy perspective One where it represents a way to be a better human being rather than simply a way to better the competition. 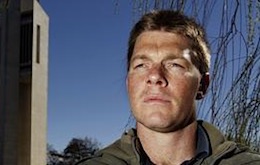